Bio: Patrick Nagatani was born on August 19, 1945 in Chicago, Illinois, just days after the atomic bombs were dropped on Nagasaki and Hiroshima, where his father’s family lived. Nagatani’s parents were imprisoned in various US internment camps during World War II. His family’s ordeal would influence Nagatani’s artwork throughout his career and his examination of social and political themes, including the nuclear industry. Nagatani was professor emeritus of the Department of Art & Art History at the University of New Mexico where he taught from 1987 to 2007. His numerous books include the recently published The Race: Tales in Flight and Nuclear Enchantment. 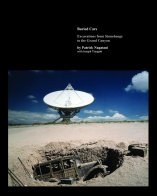 Excavations from Stonehenge to the Grand Canyon