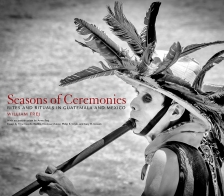 Rites and Rituals in Guatemala and Mexico

This book is a captivating visual record of the rich, still-alive traditions in Mexico and Guatemala conveyed through striking duotone photographs of community events in the region that take place within an annual cycle that refers to its pre-Columbian past, agricultural seasons, and Catholic traditions. The seasons of life are represented by colorful celebrations and rituals commemorating Mesoamerican history, culture, and religion. 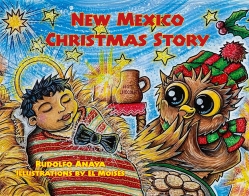 Owl in a Straw Hat 3 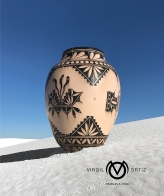 With an artistic career spanning four decades, Virgil Ortiz (Cochiti Pueblo) is one of the most innovative artists working today. Not one to be limited or categorized, Ortiz’s artistry extends across mediums and boundaries―challenging societal expectations and breaking taboos. 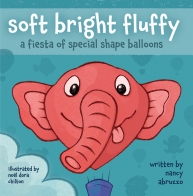 a fiesta of special shape balloons

Nancy Abruzzo, balloon enthusiast and a pilot herself, presents the magic of Special Shape balloons in this children’s picture book for young readers beautifully illustrated by Nöel Dora Chilton. 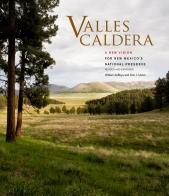 About 1.25 million years ago, a spectacular volcanic eruption created the 13-mile wide circular depression now known as the Valles Caldera, located in northern New Mexico. This revised & expanded edition marks the twentieth anniversary of the Valles Caldera Preservation Act, a visionary piece of legislation that transferred to the public domain a privately owned ranch (signed in 2000 by President Bill Clinton). The preserve was assigned to a board of citizens appointed by the president to manage it as a self-sustaining preserve. The experiment in semi-private land management ended in 2014 as the Valles Caldera was legislatively reassigned to the National Park Service. 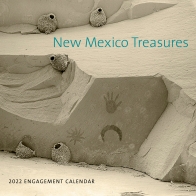 New Mexico is a photographer’s dream. This best-selling calendar includes work by more than thirty photographers to provide a year-round glimpse of the New Mexico experience. The photography is diverse―gorgeous landscapes and documentary images of cultural events and people. 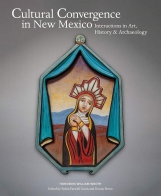 Cultural Convergence in New Mexico is a volume in honor of William Wroth (1938–2019), whose career as a cultural historian and curator contributed greatly to our understanding of Spanish Colonial art in the Americas. 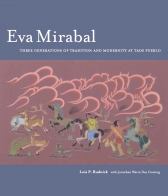 Three Generations of Tradition and Modernity at Taos Pueblo

Eva Mirabal (Eah-Ha-Wa, Fast Growing Corn, 1920–1968) studied for six years at the Dorothy Dunn Studio art program in Santa Fe, where she was a favorite of the program’s founder and served as an assistant to Dunn’s successor, Geronima Montoya (P’Otsunu, 1915–2015, Ohkay Owingeh Pueblo). By the time she was twenty years old, Mirabal was exhibiting in museums and galleries across the country. 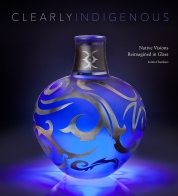 Whether reinterpreting traditional iconography or expressing current issues, Native glass artists have created a rich body of work. These artists have melded the aesthetics and properties inherent in glass art with their respective cultural knowledge. The result is the stunning collection of artwork presented here. 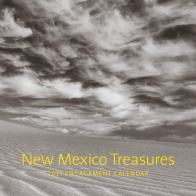 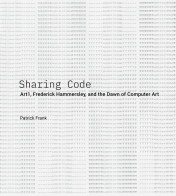 Art1, Frederick Hammersley, and the Dawn of Computer Art

Sharing Code tells the story of Art1—a computer program developed in 1968 at the University of New Mexico—and its role in early digital creativity. The program, designed by electrical engineer Richard Williams with the encouragement of art department chair and renowned kinetic artist Charles Mattox, enabled artists who knew nothing about computers to create artworks on a large mainframe machine by sending output to a line printer. 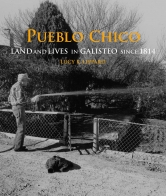 Land and Lives in Galisteo since 1814

In her second book on Galisteo, New Mexico, cultural historian Lucy R. Lippard writes about the place she has lived for a quarter century. The history of a place she refers to as Pueblo Chico (little town) is based largely on other people’s memories―those of the descendants of the original settlers in the early 1800s, heirs of the Spanish colonizers and the indigenous colonized who courageously settled this isolated valley despite official neglect and threats of Indian raids. The memories of those who came later―Hispano and Anglo―also echo through this book. But too many lives have already receded into the land, and few remain to tell the stories. The land itself has the longest memory, harboring traces of towns, trails, agriculture, and other land use that goes back thousands of years.

The Japanese word, “yōkai” refers to a range of supernatural beings such as ghosts, demons, monsters, shapeshifters, tricksters, and other strange kinds of creatures. Yōkai also refers to peculiar entities (or presences), weird or unexplainable phenomena, and the visual depiction of these ideas. The book introduces readers to Japan’s relationship to yōkai: what they are, their associated tales, how people engaged with or interpreted yōkai in different contexts, and why they remain so popular in Japan. The contributors delve into popular culture themes to connect traditional folklore, folk art, and imagery to trends in Japan as well as in the United States. 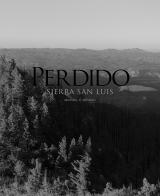 Sierra San Luis forms the nexus of the Sierra Madres and the Rocky Mountains. Michael Berman intends for PERDIDO to bring attention to this remarkable mountain range at a seminal point in time. The ecological systems on the planet are failing, yet in the Sierra San Luis the collapse has reversed itself. Things are shifting, but they are not falling apart—water, soil, and ecological diversity are all increasing in quantity and improving in quality. The question to explore is, why here and nowhere else?