In 1927, the year that Charles A. Lindbergh crossed the Atlantic Ocean, another revolution was happening on the ground. A group of young archaeologists was forging an area of study centered on the ancient Southwest. Aviation and archaeology merged when Alfred V. Kidder, of the Carnegie Institution, hired Lindbergh to photograph the sites from an airplane. Lindbergh’s aerial survey of the Four Corners and Upper Rio Grande, made with Anne Morrow Lindbergh at the controls and, possibly, photographing some of the sites, were the first low-angle views of the vast, interconnected ancient landscape. The Lindbergh documentation of the sites remains a valuable historic record of the northern Southwest plateau. Ninety years later, noted aerial photographer Adriel Heisey has been commissioned by Archaeology Southwest, an organization dedicated to preservation archaeology, to re-photograph the ancient sites exactly as Lindbergh did. The juxtaposition of thirty black-and-white remastered Lindbergh images and thirty contemporary color images, provides a fascinating survey of the area over nearly a century allowing a unique view of the multi-layered, cultural landscape of the American Southwest over time. 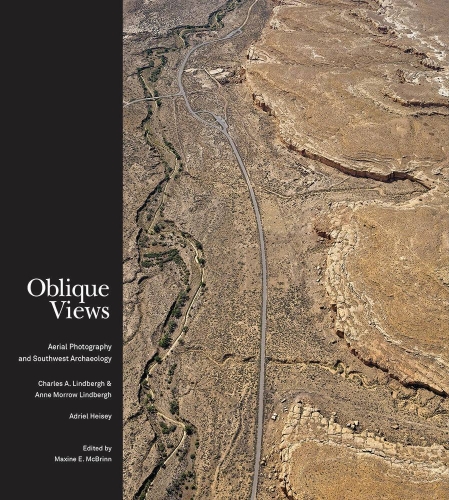